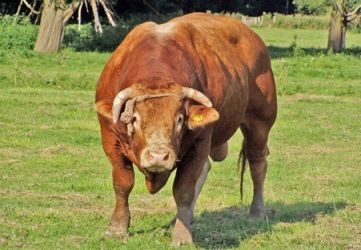 From the chicory that awakens Eros to almonds that stimulate fertility, to pistachios and red onion that help keep the reputation of the “Latin male” under the sheets high, the top ten of natural aphrodisiac foods arrives in Expo in Expo. This was stated by Coldiretti that at the “No Farmers No Party” pavilion at the entrance of the South Cardo of the Universal Exposition set up the first exhibition of the products that science or popular tradition have certified to have aphrodisiac properties, complete with tastings and thePresentation of the study “Love dell’Orto”, on the occasion of the almond day. Just the almond – underlines Coldiretti It is one of the indispensable foods in a couple ménage.

According to natural medicine -explains Coldiretti -, 30 grams a day are enough to stimulate fertility in men and increase passion, especially in women. It is no coincidence that in the Middle Ages, almond was one of the main ingredients in court cuisine, indispensable for aphrodisiac dishes and love filters, and still today it is used to give almond confetti on the occasion of baptisms and weddings, to wish fertility and prosperity in thefuture life. Dried fruit and passion go hand in hand – continues Coldiretti – even in the case of pistachios, such as those of Bronte, considered exciting already in antiquity, thanks to the abundant presence of antioxidants.

Pistachio could also help against difficulties under … the sheets from the man.

But Eros are also stimulated by “unsuspected” vegetables – reveals Coldiretti such as the chicory which is the source of the male hormone androstenedione. Its consumption at least twice a week (250 grams) rekindles the dormant passions over the years. The same speech -adds Coldiretti -Vale for the pepper which, especially if just caught, can be considered aphrodisiac thanks also to the remarkable presence of vitamin C which makes it a product with strong antioxidant characteristics, useful for fertility. For those who manage to endure the “side effects” on the altit (however that can be overcome by rubbing the sage leaves on the teeth, or chewing parsley, or coffee beans, mint or cloves), another cure -all – explains Coldiretti It is the red onion that boasts a high nitrous oxide content, the active ingredient contained in viagra. At the time of the pharaohs of the ancient Egypt, the red onion was given to the slaves engaged in the construction of the pyramids so that they would buy more energy.

But also garlic is an excellent aphrodisiac – continues Coldiretti – so much so that consuming two wedges of d garlic a day, for three consecutive months, it is used in the treatment of impotence. It is no coincidence that it is among the most popular known aphrodisiac foods in the world: Ovid advised to love garlic and onions and galley salads called the bulb “ exciting for Venus ”.
From earth to water, a product that stimulates Eros is also an eel -recalls Coldiretti -with an aphrodisiac from the#8217; antiquity for its form, which has also convinced the ancient Chinese and Japanese of their power to stimulatesexual desire. An infallible remedy to avoid fools between the sheets is also – highlights Coldiretti the chili pepper that for its properties tried by scientific studies. Properties that we also find in the nduja, the characteristic Calabrian salami which, thanks to the high presence of chilli pepper, increases the flow of blood to the organs.

Also saffron – concludes Coldiretti It is among the main allies of a sparkling sex life. In Greek mythology, Zeus lay with his women on a bed of saffron, to increase sensations and sexual power. From legend to science, a search for the University of Guelph (Canada), published in Food Research, which compared hundreds of studies on aphrodisiac substances to understand its effect on sexual function, proved that saffron would be able toawaken the senses.