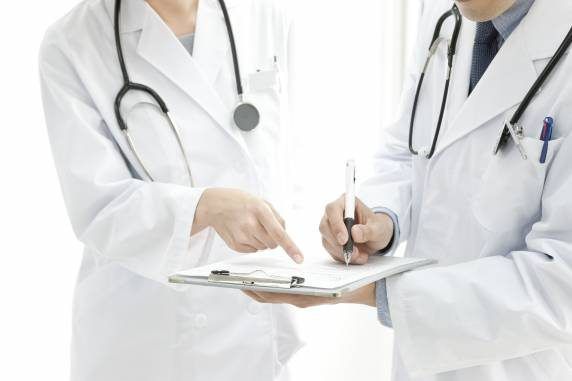 A voluminous left lung neoplasm infiltrating the aorta thoracic and pulmonary vessels, in a 65-year-old patient, was successfully removed thanks to a multidisciplinary intervention between the Complex Operative Unit of Thoracic Surgery of the Azienda Ospedaliera Universitaria “Luigi Vanvitelli” and the Operative Units of Cardiac Surgery and Surgery of the Great Vessels of the AOU Federico II.

Several steps followed before proceeding with surgical removal. The patient, on the recommendation of the Multidisciplinary Oncology Group (GOM) of the “Vanvitelli” Polyclinic, underwent two cycles of chemotherapy to reduce the size of the neoplasm, achieving the goal. However, subsequent radiological investigations showed it still adhered to the descending part of the thoracic aorta and the large pulmonary vessels.

Therefore, considering the high surgical risk, a multidisciplinary strategy was planned with the intervention of two surgical teams: that of the UOC of Thoracic Surgery of the Azienda “L.Vanvitelli” (directed by Professor Mario Santini) and the Operating Units of Cardiac Surgery and Large Vessel Surgery directed by Professor Emanuele Pilato and Professor Gabriele Iannelli, respectively.

The Cardiac Surgery team (composed of Professor Iannelli and Professor Luigi Di Tommaso) placed, in the descending thoracic aorta, an endovascular prosthesis to allow complete “safe” removal of the neoplasm from the thoracic aorta. Subsequently, he collaborated with the thoracic surgeons of the Azienda “L.Vanvitelli” (Professor Mario Santini and Professor Alfonso Fiorelli) in the isolation and ligation of the pulmonary vessels at the level of their origin from the heart.

From here, the lower lobe of the left lung, site of the neoplasm, was removed, avoiding removal of the entire lung, which would have significantly compromised the patient’s cardio-respiratory function.

The importance of the multidisciplinary approach, of “shared knowledge,” for comprehensive patient care appears eloquent. An effective response, a strength, as it happened, giving the best possible care.