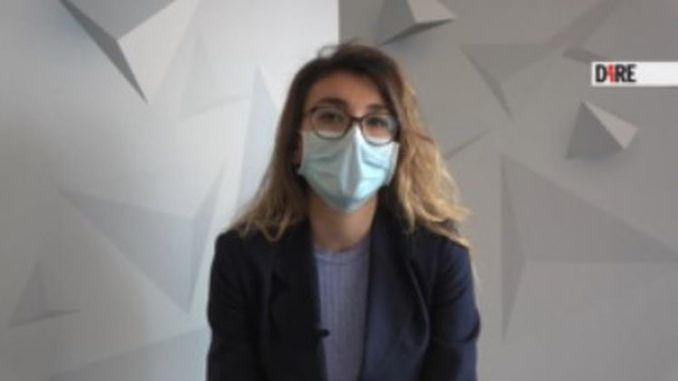 “ In the research that we carry out to the Ceinx we use modified adenovirus defined onculitic – which are able not to infect healthy cells of the organism, but to selectively infect cancer cells only. To this onculitic adenovirus we added a genical fragment, a simplified anticopral fragment, which has an important role in the#8217; go to reactivate the immune system against cancer cells because Sometimes cancer cells have selective adaptive mechanisms to disguise themselves from the immune system that therefore does not see them, does not recognize them and does not attack them.

Instead we have changed this onculitic adenovirus which already Basically infected only the cancer cells in such a way as to awaken the immune system and therefore have a double function: the action of the onculitic adenovirus in the#8217; kill the tumor cells selectively and in more & 8217;The simplified antibody fragment that we have inserted helps the immune system to recognize these cancer cells ”.

Maria Vitale, a doctoranda of the Department of Molecular Medicine and Medical Biotechnology of the University Federico II, explains so , to say, the study that is carrying out under the guidance of Lucio Pastore, Principal Investigator of the Ceinge, and together with Eleonora Lighter (Signore Ceinge), Lorella Tripodi (PhD student of the European Molecular Medicine School), in collaboration with Claudia De Lorenzo, p.I: Ceinge, professor of Biochemistry at Federico II, Margherita Passariello (researcher Ceinge) and Vincenzo Cerullo, Group leader of the Immunovirotherapy Lab at the University by Helsinki (Finland).

“ this study Vitalo clarifies – for now we have made it mainly on Murini models of melanoma, an embryonic phase of the study. After the Murino model we will have to make many other control steps, the virus must be produced at an industrial level with all the checks to see if there are no contaminations or other. In literature highlights they are already Described treatments of this type, but to date they are always associated with chemotherapy and we also hope to be able to eliminate this part of the chemotherapy which, as we know, kills both healthy and sick cells: we expect to be able to do something more selective.

We will need many other studies, a little time and much more work. We will certainly have to do other experiments on models to make sure that what we have seen in our Murino model can also be translated into other models ”.

Making an estimate of the time that takes Vitale hypothesizes that it will take years “ because What you go to give in a human tumor therapy must be something absolutely ‘ Safe , we cannot afford to discover that once we add it to the man then concludes The virus behaves unexpectedly ”.