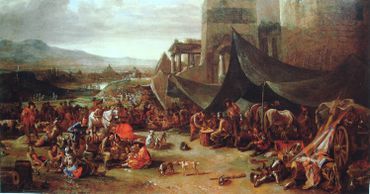 Women and mental health: third edition of the H-OPEN DAY

On the occasion of the World Mental Health Day, doors open from 10 to 16 October in Italian hospitals and centers starting from the Bollini Rosa Network that have joined the initiative throughout the national territory, for free visits and exams dedicated to female mental disorders. Anxiety, depression, bipolar disorder, psychosis, sleep problems. An initiative promoted by Onda, under the patronage of the Italian Society of Psychiatry and the Italian Society of Neuropsychopharmacology.

In addition, from 10 to 14 October free consultations from specialists in the Milanese headquarters of Onda.

Milan, 21 September 2016 Wave, the National Women's Health Observatory, on 10 October, the day on which World Mental Health Day is celebrated, promotes the third edition of the "H-Open Day" initiative, dedicated to women suffering from mental disorders,neurological and behavior. The objective of the initiative: approaching women to care and overcome the stigma that still hovers on the psychic pathologies that represent one of the main public health problems.

In the structures participating in the project, distributed on the national territory, from 10 to 16 October it will be possible to have psychiatric consultancy, fill in screening tests and undergo free visits and exams as well as receive information material. As in the last editions, in which sixty hospitals had participated, there is an large participation in the initiative.

"L H-Open Day 2016 on mental health-explains Francesca Merzagora, president of Wave It is an initiative already tested for years, in which over 140 hospitals mainly of the Bollini Rosa Network, make available to the population of services to allow women and families of patients to be able to express their discomfort in a dedicated context. A awareness project to shorten the times in the diagnosis and bring closer to the care of the most frequent female psychic disorders, such as the depression that will constitute by 2030, according to the.M.S. the most common chronic disease. An initiative welcomed favorably by women and their family members who will be able to take advantage of psychiatric visits, psychological interviews, listening counters and receiving information material.

For the third consecutive year, a group of companies also engaged on mental health (Angelini, Aon, Janssen, Lundbeck and Pfizer) join in support of this initiative giving proof of great sensitivity and to believe in the importance ofnet".

“ despite mental diseases are highly widespread and disabling adds Claudio Mencacci, president of the Italian Society of Psychiatry and Director DSM ASST Fatebenefratelli-Sacco of Milan Still too few are the people who receive adequate treatments despite the many treatments available. Stigma and discrimination play a crucial role in the#8217; remove those who suffer from care. This Open Day of Onda, which has the full support of the SIP, represents an important moment in the fight against stigma, in the conquest of a greater dignity of people with mental diseases and one opportunities to approach care with greater scientific evidence andpositive results ”.