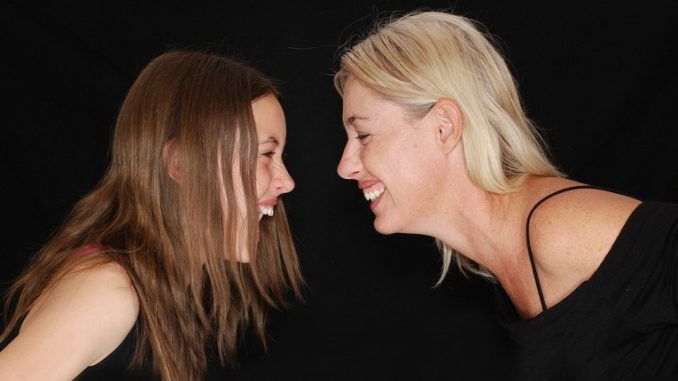 Over the past 10 years, more than 120 thousand fewer babies have been born in Italy, and the phenomenon has taken on structural dimensions, certifies ISTAT The denatality has a significant impact on the activity of the family pediatrician, who paradoxically is asked to provide more care Families are increasingly ‘dependent’ on their pediatrician Simpef prescriptions Family pediatricians’ medical union for a more effective and efficient health care organization

Kicking off tomorrow is the conference “Pediatricians and the challenges of the new millennium: denatality and health care organization,” organized by the Puglia regional section of Simpef Family Pediatricians’ Syndicate, scheduled for Jan. 18 and 19 in Bari.

“The conference represents a crucial moment to learn about the changes the family pediatrician profession is going through in light of the current national health policy and its reflection on regional realities,” explains Maria Domenica Ferri, Simpef Puglia Regional Secretary. Central will be the issue of denatality, which will be discussed by family pediatricians, clinicians, decision makers and policy makers from the Puglia Region, the regions of Central and Southern Italy, and national experts. This phenomenon, which is not only of regional relevance but represents a social emergency for the country, is also becoming a health emergency.

“The reduction in births, in addition to having an impact on the health care system, just think of the closure of birth centers, also leads to changes in the activity of the family pediatrician,” Ferri continues. While on the one hand, in fact, there is a reduction in the number of children attended to in outpatient clinics; on the other hand, there is an increased ‘anxiety’ of families with respect to the health of their children, which requires a greater commitment on the part of the family pediatrician: the superfluous becomes necessary. All this risks losing sight of the real needs of the pediatric population such as the social and educational emergency, which represent some of the challenges of the new millennium to which the pediatrician must respond”.

According to the Istat report presented at the end of November, in fact, in 2017 there were more than 15 thousand fewer children born than in 2016 and almost 120 thousand fewer than in 2008. This trend seems to be confirmed in 2018 as well: provisional data referring to the first half of the year already show 8.400 fewer births compared to the same period in 2017. The decline in the birth rate in Italy thus seems to have taken on structural characteristics.

“The social consequences of denatality are certainly underestimated comments Ketty Vaccaro, head of CENSIS Welfare and Health Area. A first aspect is structural again: Italy is also a country in demographic decline, with the population falling for the third consecutive year. In 2017, the population decreased by more than 100,000 compared to the previous year, and this is a decline with specific problems related to the reduction of the youth population and the share of the active population, which strongly impact both in terms of the country’s economic development and the sustainability of welfare, already severely tested by the long years of the crisis.

In addition, despite widespread awareness at least stated 88% of Italians believe that few children are being had in Italy a difficult social context appears unaffected, which increasingly shifts the possibilities for young people to become autonomous and make procreation choices further and further ahead in time. Finally, 61 percent attribute a relevant role to family policies to support parenthood, however, at the moment very limited and characterized by the atavistic lack of early childhood services.”.

“Undoubtedly says Rinaldo Missaglia, Simpef National Secretary – the insufficient accessibility of nurseries and kindergartens in association with the absence of extra-parental parental support figures, primarily the figure of grandparents, have contributed in recent years to the reduction in the birth rate of Italian families.”.

“This scenario continues Missaglia sees parents affected by a growing complex of inadequacy, anxiety, but also de-empowerment, with a consequent greater dependence on the figure of the pediatrician, considered the repository of the offer of specialized, qualified, almost immediate and zero-cost health care services by the model of our health care. To respond to this phenomenon, it is necessary to introduce measures that strengthen the perception of parental adequacy, particularly in providing care for one’s child, in accordance with the principle expressed by the World Health Organization that ‘therapeutic education consists of helping the patient and his or her family to understand the disease and treatment and to cooperate in care’.

It is also necessary to reform the health care organization according to the principles of taking charge and continuity of care, faithful to the prevailing concept of pediatrician child family trust relationship, enhancing the ‘child and adolescent health pact'”.

Network between family pediatricians, hospital centers and other specialists

These two actions could be combined with another concrete measure that would contribute to the creation – in a more current and modern way – of a real network of the taking care of the child, from birth until the age of majority. “A measure that, at the local level, would create a real network between family pediatricians, hospital centers and other specialists, capable of contributing, especially in cases of greatest need, to an integrated management of the child, who becomes an adult only at the age of eighteen, as the World Health Organization always reminds us. There are also legal instruments, within the framework of covenant bargaining, that a regional system could use to implement it.

This would also be essential to address, with the most appropriate pediatrician skills, the increasingly emerging critical issues of the adolescent life stage, which are attributable to subjection to inappropriate lifestyles and living conditions. I am referring to sedentariness, dietary errors, real addictions to electronic pastimes, up to the abuse of alcohol and substances it is of these days the news of the new fashion that is catching on among young people to mix gazzosa and cough syrup, for a cheap ‘high’ – phenomena also often resulting from inadequacy due to lack of knowledge on the part of adults of reference, including parents, sometimes despite themselves,” adds the Simpef Secretary.

“What must absolutely be avoided,” he concludes, “is an unthought-out intervention that, on the wave of the phenomenon of denatality, goes to distort a system that has so far guaranteed responses to real needs deemed satisfactory by the majority of the population, as confirmed by recent surveys that see a wide appreciation among parents about the work and the role of ‘adviser’ of the family pediatrician.”.